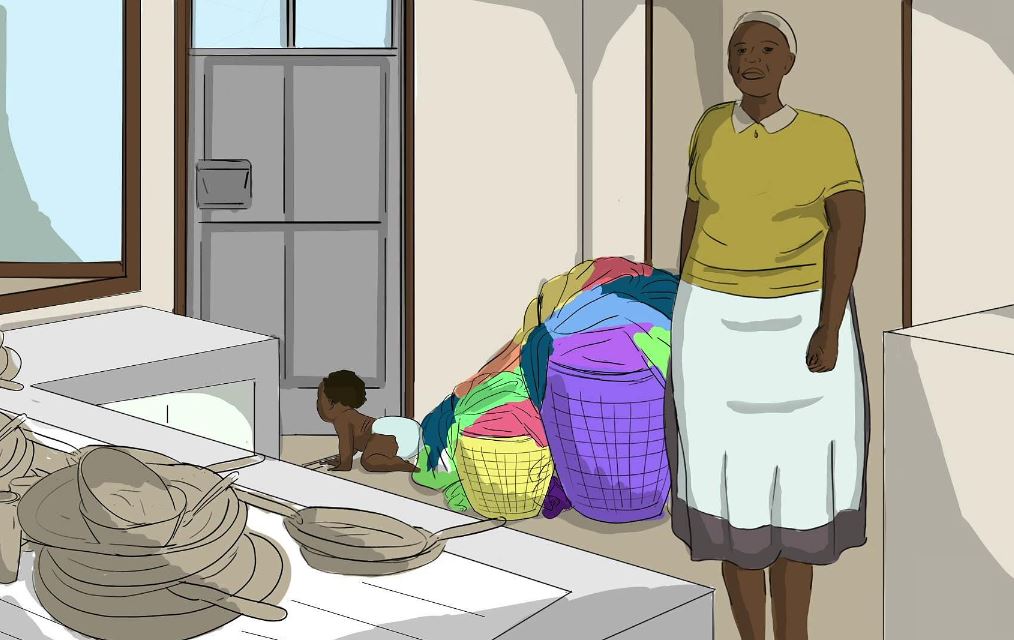 Domestic workers are some of the least regarded workers anywhere in the world, despite the important work they do in our homes.

By definition, a domestic worker is a person of any gender hired to perform household chores such as cleaning, cooking, gardening and nanny duties. The label also includes persons hired to perform similar cleaning duties in an apartment building.

This applies to both full-time workers, live-in and part-time ones.

In South Africa, there are an estimated 892,000 domestic workers according to a 2021 Quarterly Labour Force Survey (QLFS), most of them being black women. This was an increase from 745,000 a year prior, an increase that was larger than all other segments of the labour market.

The huge increase was however attributed to the opening up of the economy after the Covid lockdowns, which had resulted in over 259,000 domestic workers losing their jobs a year prior.

For decades, domestic workers in the country have been subjected to poor working conditions, long hours and poor pay. Often, they are the very subject of the country’s minimum wage.

How much are domestic workers paid in South Africa?

In a gazette notice published on February 7, 2022, Employment and Labour minister Thulas Nxesi updated the domestic workers minimum wage to R23.19 per ordinary hour of work. The change took effect on March 1, 2022.

This was a landmark move for the country, in that domestic workers would for the first time earn a similar minimum wage as everyone else. Historically, this category of workers, alongside farm workers, had a separate minimum wage classification.

In fact, just a year earlier in March 2021, the minimum wage for domestic workers was gazetted to be R2.6 less than the national minimum wage.

While the nationwide minimum wage for all other professions stood at R21.69 per hour, it was only R19.09 per hour for domestic workers.

Why were domestic workers paid less in South Africa?

The National Minimum Wage Act was first proclaimed in 2018. It was the first time the South African government dictated the least amount individuals should be paid for their jobs. The figure was to be reviewed every year.

However to avoid nationwide disruption, the Act deliberately set lower minimum wages for domestic and farm workers. The National Minimum Wage Commission recommended that their minimum wage be incrased to 88% of the national minimum wage in 2021, and 100% in 2022.

The commission stuck with that timeline, and now domestic workers are subject to the same national minimum wage as everyone else.

Read: These Are The Salaries of All South Africa Government Employees

How much do domestic workers actually earn in South Africa?

With jobs being hard to come by in the country, it will come as no surprise that many of these workers are getting paid below the minimum wage.

Data from cleaning service SweepSouth showed that in 2021, only a third of domestic workers in the country earned more than the minimum wage, which was about R3,000 a month then (20 days, 8 hours a day)

With the new rates jumping to about R3,700 a month, it is even more likely that fewer South African domestic workers will be earning the minimum wage in 2022 and beyond.

Domestic workers enjoy certain rights like any other South African.

Some of the basic rights include:

1. A domestic worker can only work on Sundays on voluntary basis, and cannot be forced or coerced. Sunday pay is double the usual rate. If the employee usually works on Sunday, the rate is one and a half times the usual hourly rate.

2. Work on public holidays is also voluntary. This includes all recognized national holidays, plus any other public holiday announced by the government at any time. It is however possible to swap the days by agreement. If working on a public holiday, the rate is double.

3. A domestic worker is entitled to 3 weeks of annual leave per year. By agreement, this can be split as follows: 1 day for every 17 days worked or one hour for every 17 hours worked.

4. In the first 6 months of employment, a domestic worker is entitled to 1 day paid sick leave for every 26 days worked. A medical note from a doctor or traditional healer must be provided, otherwise the employer is not required to pay.

5. A domestic worker is entitled to 4 months of maternity leave. The employer is not required to pay the employee during this time.

6. A domestic worker is entitled to 3 days paid family responsibility leave, as long as they have been in employment for at least 4 months. This is granted in times such as a relative’s death, relative’s hospitalization, birth of a child etc.

7. An employer cannot deduct any money from the domestic worker’s salary without his/her written permission. In case of a live-in worker, the maximum deductible for accommodation is 10%, and this is only when:

– the accommodation is weatherproof and in good condition;
– has at least one window and door, which can be locked;
– has a toilet and bath or shower, if the domestic worker does not have access to any other bathroom.

If a domestic worker feels that any of these rights have been denied, including on the issue of payment/underpayment, they can refer their case to The Commission for Conciliation, Mediation and Arbitration (CCMA).

CCMA will give an audience to both sides and make a ruling.

Also read: What is the Average Salary in South Africa?