Everything You Need To Know About Prepaid Electricity in South Africa 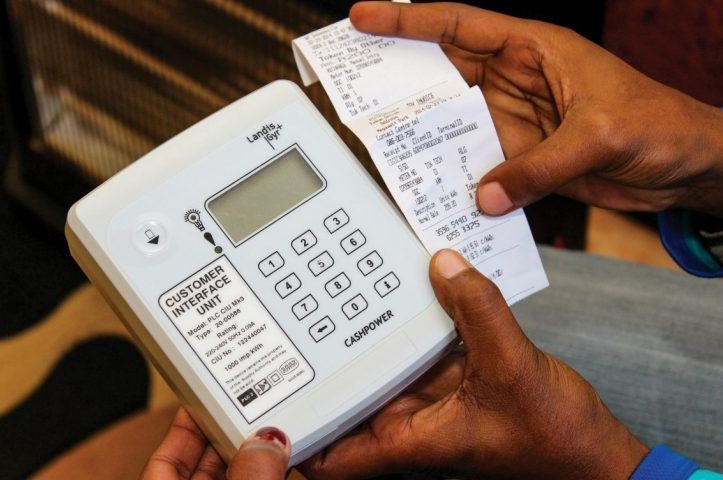 Prepaid electricity, unlike the more common postpaid, allows electricity users to control their electricity spending by paying before usage.

Consumers can load the credit/token amount they intend to use in a given timeframe, thus eliminating the all too common ‘bill shock’.

The average prepaid unit of electricity can be as little as R1.24, but most providers bill according to volume, where you pay more as you consume more.

It’s called Incline Block Tariffs (IBT), and it basically divides the electricity into several blocks. The first block of electricity is at its lowest price, and if a consumer purchases more electricity in a given month, his billing will fall into block 2 which is a bit more expensive.

This transition into the next blocks is determined by amount of electricity bought, and not the number of transactions. 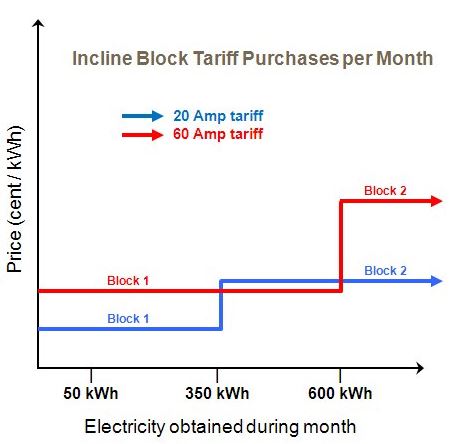 The best part with prepaid electricity is that consumers can track usage and possibly adjust to their budget.

Municipalities have their own systems, which often differ from each other. For instance, in some places, rich households are charged a static connection charge, just for the priviledge of keeping them connected. It doesn’t matter whether they consume no electricity in a given month, they have to pay it.

Prepaid meters are subject to the same billing system, the only difference being that payment is made first.

How much does prepaid electricity cost in South Africa

The prepaid system has been accused of being deliberately opaque. This is mostly due to the Incline Block Tariff system we addressed above, something the vast majority of consumers know nothing about.

What this translates to is consumers paying more, but not getting more units. This is particularly true if a consumer purchases more electricity than they need.

The first few units are cheaper, then they get progressively expensive.

According to energy expert Ted Blom, an average family of 2 adults and 2 children will consume about 1000kwh per month. Normally this shouldn’t be more than R1 100 a month.

However under the IBT system, they could be pay as high as R2 500.

The best way to ensure that you are not getting ripped off by the system is to carefully record your consumption, then only pay for what you need at the start of the month.

How much does it cost to install a prepaid meter in South Africa?

Installation of prepaid meters can be done by any licensed metering company.

An application will first have to be made, after which technicians will visit your premises. It is these technicians, after assessing your premises, who will give you a cost estimate.

Different companies will give you different quotations, but perhaps we can get a sense of pricing by looking at National Prepaid.

Most companies will give you a quotation in line with these figures.

How to buy prepaid electricity in South Africa

There are many ways you can buy tokens for your prepaid meter.

Dozens of online sites like Prepaid24 sell these vouchers online, payable through all the popular methods.

Advantages of a prepaid meter

/ More control over the consumption of electricity, since one can monitor and adjust usage.

/ Easy top up via mobile phone or the internet, which means you may never have to interact with the meter box.

Disadvantages of a prepaid meter

/ Can be more expensive than postpaid meters. Buying more units than you need can attract higher rates than the traditional system.

Read: 5 Hobbies That Can Make You Money in South Africa

Gosloto 6/45 Morning Results for Tuesday, March 2, 2021 < Previous
What is a Good Credit Score in South Africa? Next >
Recommended stories you may like: