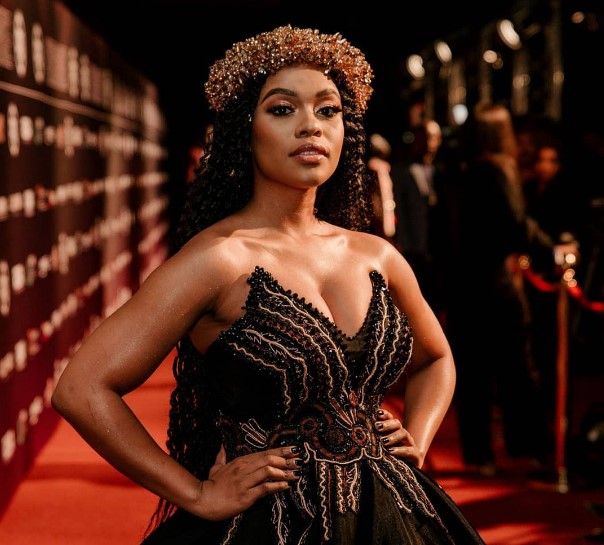 Nomzamo Mbatha has reportedly revealed that a man is the last thing on her mind. Sis expressed that she’s busy securing the bag and a relationship will slow her down. The former Isibaya thespian shared that she is focusing on her thriving acting career in the US. The stunner said having a boyfriend at this stage of her career is not on her plans. Nomzamo is currently busy promoting Coming 2 America.

The actress plays the role of Mirembe in the US movie. The stunner took to Instagram on Monday night, 1 February and shared the poster of the movie. Our girl is featured in the poster alongside famous Hollywood veterans including Eddie Murphy, Wesley Snipes, Tracy Morgan and Arsenio Hall, among many others. The star captioned her post,

“Never thought I would make a dope collar pin *rubs hands like Birdman* The work. Water the seeds of your heart’s desires with gratitude and thankfulness. #Coming2America See you on March 5th on @amazonprimevideo … Shalom Shalom.”

She told Isolezwe about her character of Mirembe:

“Mirembe is a lady that is proud of her culture and she also respects her roots.”