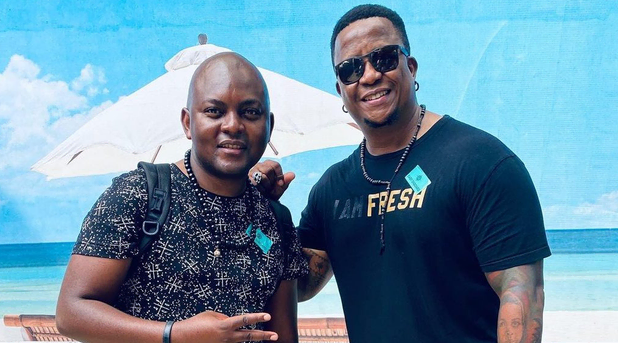 A woman, who goes by the name of Nampree on Twitter, accused the two popular DJs of allegedly drugging and raping her.  She says further that she is not clear on the details, but Dj Fresh and Euphoric reportedly laughed about it. Nampree took to her Twitter account to accuse the duo.

“I was completed drugged, I don’t whether you BOTH raped me or 1 of you did & you later laughed about it the next morning saying we (me and 3 girls) were so drunk we kept blacking out but nasidlwengula…” she said.

@DJFreshSA & @euphonik will you ever acknowledge drunking me & further raping me? I was completed drugged I don’t whether you BOTH raped me or 1 of you did & you later laughed about it the next morning saying we (me & 3 girls) were so drunk we kept blacking out but nasidlwengula

The girl additionally claimed to have been a virgin before the incident.

Just so you know? I was a virgin when y’all did that to me.

DJ Fresh, a 947 radio presenter, has since come out to defend himself. He acknowledged that he was aware of the accusations but said they weren’t true.

“I am aware that assertions have been made about me on social media and I understand that this is often the price of being in the public eye. The fact that these claims are untrue and from an unknown source, does not make them less hurtful,” said Fresh.

He also pointed out that he takes the issue of Gender Based Violence seriously.

“Furthermore, I am deeply concerned that spurious allegations about GBV ,especially as it is one of the most significant societal challenges in South Africa, undermine the gravity of legitimate incidents, and impact the urgency with which they are attended, Dj Fresh commented.

However, according to Twitter users, this wasn’t the first such incident involving the duo.

I believe you Sisi. These two have been named in far too many stories of abuse. It’s consistent. I am so sorry that this is what you went through. No one deserves it. Thank hon for validating others who may be too scared to come forward right now.