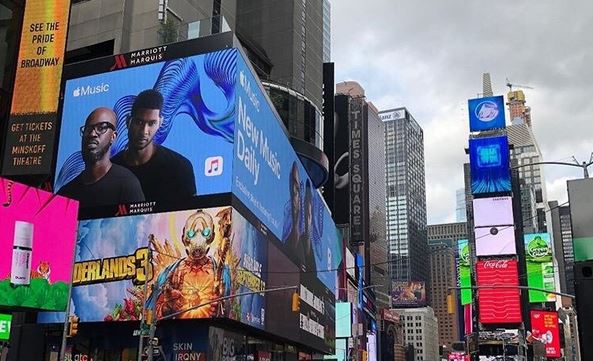 The new song, LaLaLa, is already getting rave reviews. It was the culmination of a project that was first teased by the South African almost 2 years ago.

The song is available across all platforms, including Apple Music which has embarked on using it for some marketing gigs.

The 43 year old was excited to see his face, and had to share with his followers.

Me: God in my life time I’d like to leave people better than I found them with Music….I just wanna make and play Music.
God : pic.twitter.com/tMoDOesJsW

When Will the iPhone 11 Be Available in South Africa? < Previous
PHOTOS – Inside Zonke’s Beautiful House Next >
Recommended stories you may like:

Phat Joe Back on Air After Suspension Rumours