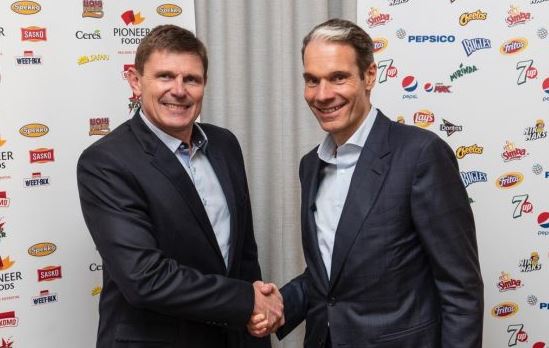 The planned acquisition will cost R16.7 billion, according to details revealed Friday morning.

Pioneer Foods are the owners of famous brands like Bokomo, Maizena, Marmite, and Bovril.

PepsiCo on the other hand is more known for its soft drink, but has a whole catalogue of products. Among their other famous products include Lay’s, Fritos, and Doritos chip brands.

The company has a presence in over 200 countries, while Pioneer mainly operates in South Africa with some exports to neighboring countries.

This acquisition is cash only, with PepsiCo offering R110 per share to current Pioneer shareholders, which is 56% more than its average share price the last month.

“The acquisition will help PepsiCo gain a solid beachhead for expansion into Sub-Saharan Africa by boosting the company’s manufacturing and go-to-market capabilities, enabling scale and distribution,” PepsiCo said in a statement.

This is one of PepsiCo’s largest acquisition outside the US, and is “a demonstration of PepsiCo’s belief in South Africa’s potential and its long-term commitment to the country”.

Read: Report: Most South Africans are Broke by Mid-Month

Zodwa Wabantu Undergoes ‘Vaginal Tightening’ Surgery < Previous
Zuma Pulls Out of State Capture Inquiry Next >
Recommended stories you may like: