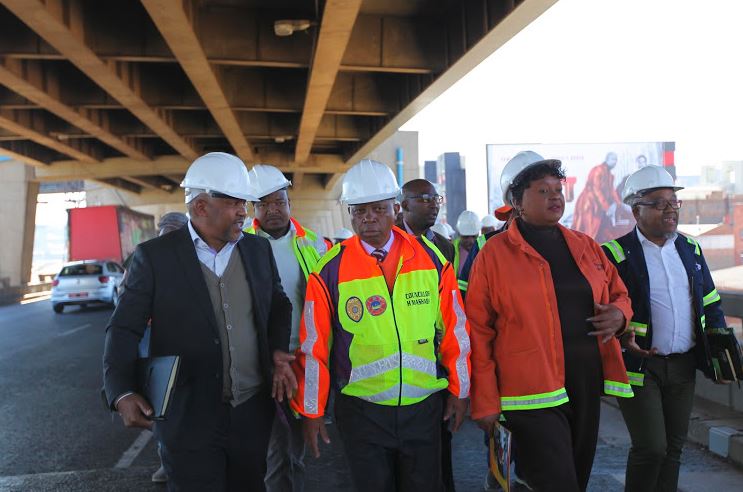 Johannesburg mayor Herman Mashaba has revealed his satisfaction in the progress made on the construction of the M1 double-decker bridge.

The rehabilitation of the bridge was initially scheduled to be completed in December, but the mayor says it will be done ahead of schedule.

“I’m happy to announce to our residents that the double-decker bridge will be completed by the end of August this year, which is really good news because we’re three months ahead of schedule.” he said.

The mayor was accompanied to the site by Transport MMC Nonhlanhla Makhubo on Wednesday, as part of their oversight inspection.

The rehabilitation has cost the city more than R100 million.