Can You Get Medical Aid in South Africa if You Are Already Pregnant? 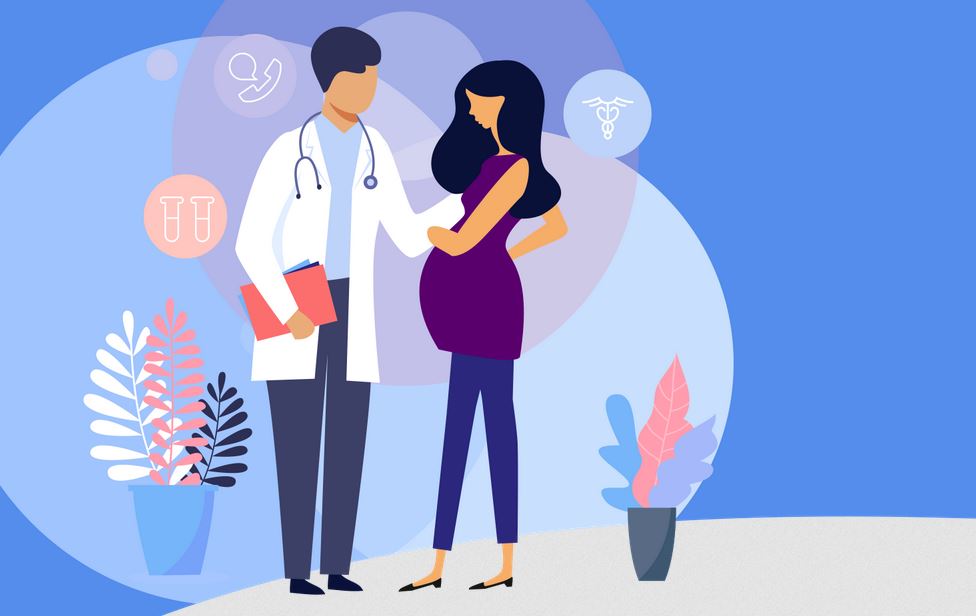 As of 2021, fewer than 20% of South Africans are covered by a medical aid scheme.

This is a dangerous situation for any country to be in, especially for a developing country still struggling with many basic illnesses and public health issues.

One of the best use of your medical aid is during pregnancy. This is a time when a woman requires to make many trips to a hospital or clinic, and is very likely to develop complications.

All that before the eventual child-birth, which can quickly turn into a very expensive affair. Medical aid certainly comes in handy.

But with so many South Africans not covered, many are left with questions once they find out that they are pregnant.

Let’s try to answer some of them.

Can you get medical aid after finding out you are pregnant?

Wouldn’t it be convinient to the client if a medical aid membership could be acquired on demand and go ahead to cover everything?

Unfortunately, that’s not how the economics of insurance work. If that were the case, people would be hopping in and out of schemes on demand, depending on what service they need at that point. This would result in the collapse of the entire industry.

While you can get into a medical aid scheme after finding out you are pregnant, your pregnancy will not be covered.

According to the Medical Schemes Act of South Africa (1998), medical aid schemes are entitled to impose a 3 month general coverage waiting period, and a 12 month waiting period for specific conditions.

So in a nut shell:

General waiting period (3 months): A member pays all their monthly contributions but is not entitled to claim any benefits whatsoever.

Condition-specific waiting period (12 months): A member pays all their monthly contributions, but any pre-existing medical condition is not covered for 12 months.

However, you might find some exceptions in some closed schemes which are only open to people working in certain industries or companies. For example, the South African Municipal Workers’ Union Medical Scheme (SamwuMed) will cover you even after pregnancy, if you are a member. 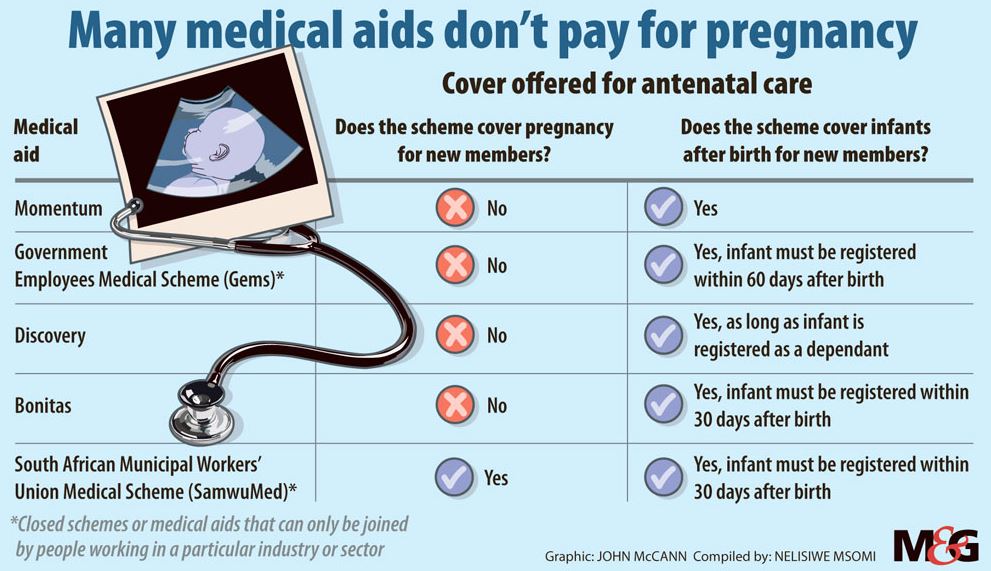 As you can see from the chart above your infant is covered from the moment he/she is born, irrespective of when you joined the scheme.

Depending on the scheme, the infant must however be registered within 30 or 60 days.

So, if you joined the scheme late, there will be a few months when your infant is covered, but you are not covered for any complications and expenses related to the pregnancy.

Is a pregnant woman moving to a different medical aid scheme covered?

Another question asked is whether after getting pregnant, a woman moving to a different medical aid scheme will get full coverage.

This can happen for a variety of reasons, one of which can be that the other scheme offers better pregnancy benefits.

It is possible to get full cover, but it depends on how long you have been a member of a registered SA medical scheme.

– An applicant who has been a member of another registered South African medical scheme for more than 2 years, and who has not cancelled their membership for more than 90 days preceding the application, will not have to wait for 12 months for full coverage. She will only be subjected to the 3 months general waiting period.

That means that most of her pregnancy will be covered, including childbirth and its expenses.

– An applicant who has been a member of a registered medical aid scheme for less than 2 years or has cancelled her membership for more than 90 days preceding the application date, will be subjected to both the general waiting period of 3 months and the conditional waiting period of 12 months.

That means her pregnancy will not be covered.