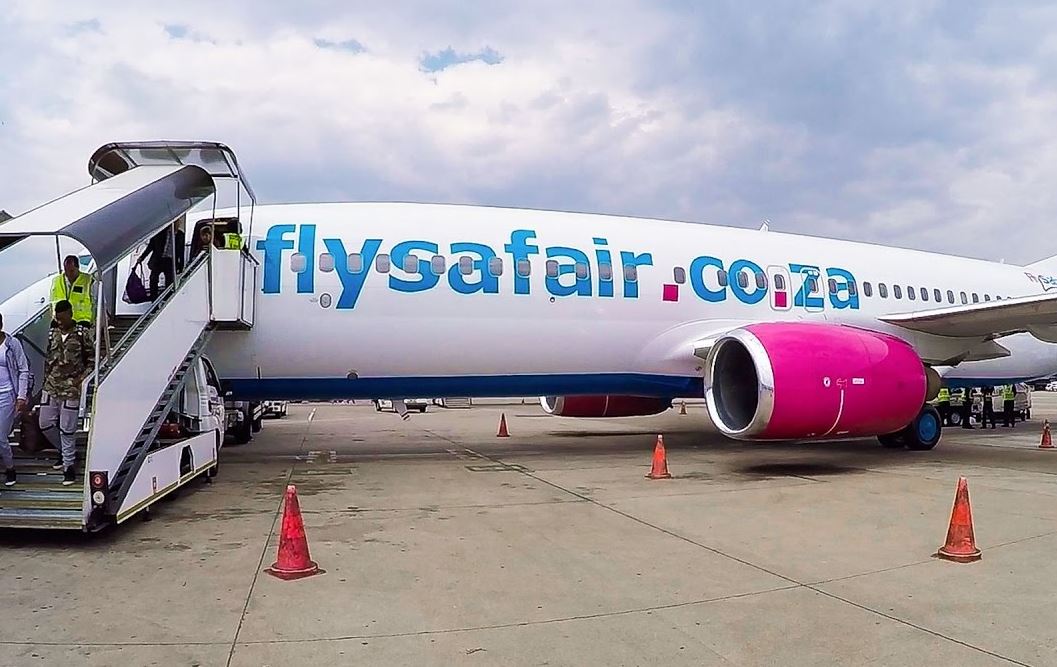 Low-cost carrier, FlySafair, confirms that passengers who refuse to comply with mandatory face mask laws are discretely handed a warning card. This card details the consequences for continuous refusal, which includes arrest and being added to the ‘no-fly’ list.

It also states that the plane’s captain may decide to divert the flight and, if that happens, the offending passenger will be slapped with a R100,000 bill to cover the cost of wasted fuel and admin. South Africa’s popular low-cost airline, FlySafair, has reiterated its strict stance on the mandatory wearing of face masks while flying.

Passengers who refuse to wear a mask may be arrested upon arrival, added to the airline’s ‘no-fly’ list and, in extreme cases where a flight is diverted as a result of non-compliance, billed approximately R100,000 for the inconvenience. Civil Aviation Authorities in South Africa and abroad require all passengers to wear face masks to prevent the spread of Covid-19.

These regulations are further reinforced by the country’s laws, which, in South Africa’s case, criminalises the refusal to wear a face mask while in public. The responsibility to ensure compliance with the law rests with business owners and staff,Businesses which fail to ensure that all health and safety protocols are followed risk hefty fines and sanctions.

Airlines that do not enforce the mandatory face mask law risk losing their operating licences. It’s against this backdrop that FlySafair’s clear warning to passengers has re-entered the spotlight. The airline, which services seven major airports in South Africa and is renowned for its low fares, has explained its use of an information card. The card is handed to passengers who initially refuse to wear a face mask after being requested to do so by the flight’s cabin crew.

“We politely ask the customer to wear the mask… often people let them drop seemingly without realising,” explains FlySafair’s Chief Marketing Officer, Kirby Gordon, in detailing the cabin crew’s first response to a passenger who is found to be in contravention of the law.

“If a customer refuses, we hand them the card. It’s a gesture that we do to prevent any embarrassment to the person in question but also to succinctly outline the consequences.”

The card referenced by Kirby explains that South African law dictates the wearing of masks while in public – including while aboard the flight and requests that the passenger wear a face mask for their “own protection, as well as those around you.”