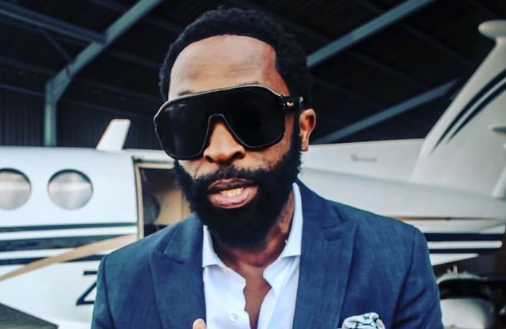 Radio and media personality Dj Sbu has put South Africa on the world map by breaking the World Record for longest ever marathon radio show. The Dj had set this as a goal for 2021 and achieved it by hosting a non-top music radio program for 216 hours straight!

Taking to social media, DJ Sbu shared the wonderful news on his Instagram and fans could not be more proud. Thanking the people who made this possible, he then announced that funds raised during the radio show will be donated to a charity called Siyazigabisa Home of Hope.

“Thank you for the experience. Marathon Longest Music Radio Show in the World 216 hours of non stop music radio raising funds for @Siyazigabisa through @SLEF_SA,” he wrote in a caption.

Mzansi took to his comment section to congratulate him on his win.

“They can say what they want but wena Sbuda uyiqhawe. (you’re a hero),” one follower commented.

Guests on his show included Black Coffee, who was seen holding the placard which honored DJ Sbu and his record breaking initiative, Zodwa Wabantu and Sello Maake-Ka Ncube.