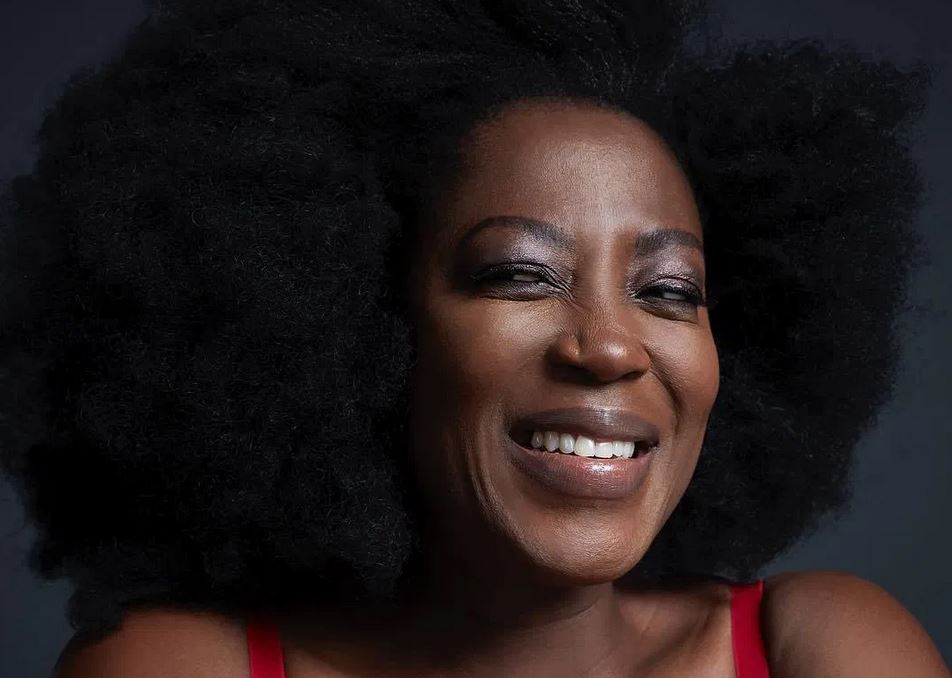 Despite being booted out of The Queen by the Fergusons, Rami Chuene has said that has not prevented her from watching the show.

There was a reported behind-the-scene feud between the actress and producers after she publicly sided with Vatiswa Ndara following her open letter castigating the Fergusons’ exploitation.

It was so bad that the Fergusons’ failed to submit Rami’s name to the SAFTAs for nomination consideration.

However, Rami has revealed that not even that bad blood can stop her from watching the drama.

She wrote on Twitter, “I hate that I have to watch #TheRiver1Magic on catch up only at 9pm cos I only have an hour a day to watch TV. A book has got me by the balls mara Modimo o tlo re thuša. Let me quickly make tea and watch.
Oh no, I still watch the show. My best work is still there, would never shortchange myself like that. I worked like a mother and of course I have my talented bunch still doing the most. Was simply prioritizing via storylines. Will catch up with the Queen later in the week.” 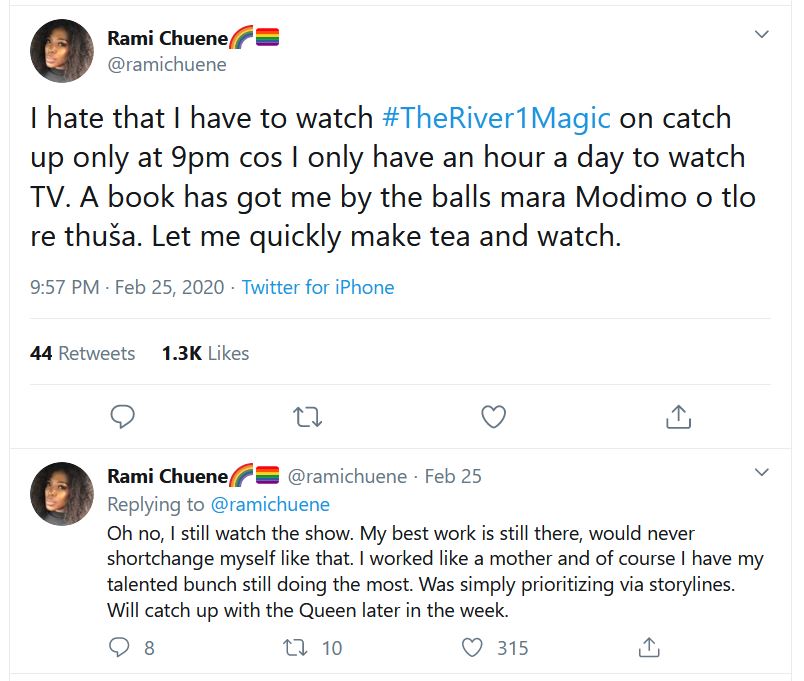 Read: Rami Chuene: Getting Divorced One of My Top Decisions

Trevor Noah Tells Hilarious Story of How He Had to Learn Playing Tennis for the Big Cape Town Match (VIDEO) < Previous
Phuzekhemisi Pleads Not Guilty in Murder Case Next >
Recommended stories you may like: