This move is an effort by the government to clean up the crime infested area, where more than 2300 murders have been reported since the beginning of 2019.

Soldiers from 8 SA Infantry battalion matched into into Manenberg and Hanover Park, two of the most gang-infested areas.

Accompanied by the police, the soldiers split into groups, and raided houses of known gangsters and also performed road blocks. There were several reports of shootings.

The soldiers have been in Cape Town since last Friday, and are expected to stay for 3 months.

Here are some pictures. 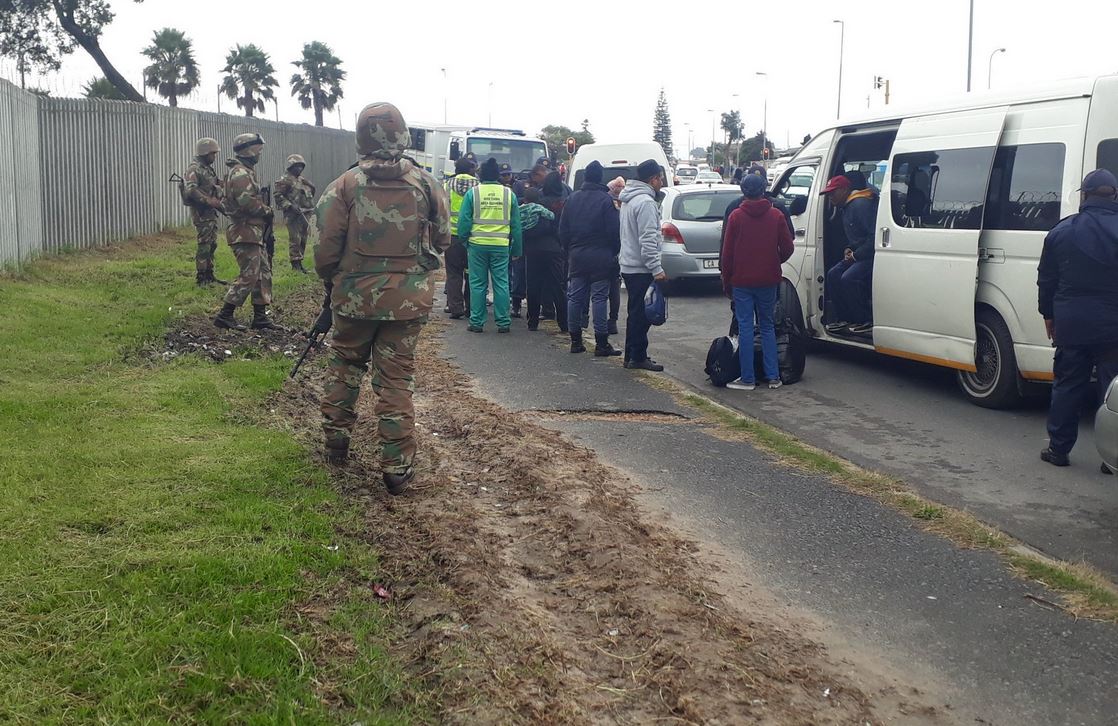 Prev1 of 6Next
Use your ← → (arrow) keys to browse
Zuma Pulls Out of State Capture Inquiry < Previous
Digital Detox Destinations: South Africa Ranked Highly Next >
Recommended stories you may like: