How To Get a Halaal Certificate in South Africa 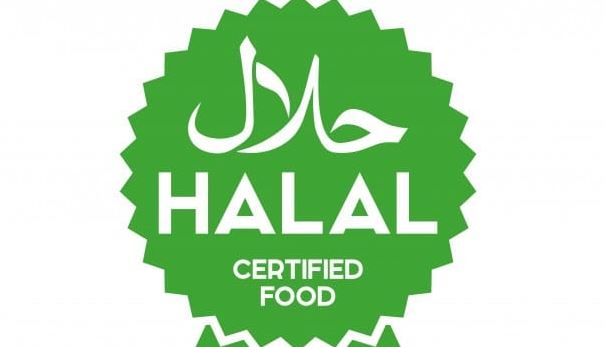 South Africa is not an Islam country. Just under 2% of the population in the country identify as Muslim.

As opposed to other countries on the continent and beyond, this is a very low figure. As a result, most business owners in the country have not prioritized best Islam practices when running their businesses. The market is simply too small to justify any extra expense.

However, 2% is still a high number. With our current population, that still represents close to a million South African Muslims, and that’s without counting all the tourists coming in from Islam countries.

Businessmen especially in the food and hospitality business can capture this niche by simply going halal/halaal.

Halal is an Arabic word that simply means ‘Permissible’.

In the context of the food industry, it mostly applies to meat that adheres to Islamic law as defined in the Koran.

Unlike Christianity, Islam require their livestock and poultry to be slaughtered in a particular way. This involves killing through a cut to the jugular vein, carotid artery and windpipe.

The animal must be alive and healthy at the time of slaughter, and all blood must be drained from the carcass. During this slaughtering process, a Muslim present must recite a dedication, know as tasmiya or shahada.

According to non-profit Halal Food Authority (HFA), stunning cannot be used to kill an animal. It can only be used as a secondary measure if the animal survives.

As you can see, very few commercial slaughter houses can adhere to these requirements. Most modern operations start by stunning, especially when it comes to poultry. In fact, in the EU, stunning of livestock before slaughter has been mandatory since 1979.

While Muslims disagree on banning stunning altogether, there is almost consensus on the other steps, which too could be hard to meet in a commercial operation.

How to get a Halaal certificate in South Africa

As a South African business owner looking to capitalize on Halal meat products, you will need a Halal certificate.

The South African National Halaal Authority (SANHA) will likely be your first stop.

After making enquiries and an application on their website, SANHA will evaluate and inspect your establishment. Ensure you have met all requirements before getting to this step.

Requirements for a Halaal certificate in South Africa

1. If your establishment is a fast-food chain or operates under a franchise scheme, you must submit an application for SANHA to approve each individual outlet as Halaal.

2. Qualified Muslims must slaughter all meat or poultry used in accordance with the uniform standards set out by SANHA.

4. Only Halaal food and beverages approved by SANHA are to be served, sold, stored and or processed on the approved premises.

5. Other Halaal certificates other than SANHA’s relied upon in respect to local or imported meat products must be issued by those Islamic authorities approved by SANHA.

6. Pork, its by-products and any other non-Halaal products including alcohol should not be served, sold, stored and or processed on the approved premises.

7. Halaal foods should not in the course of preparation, processing, transportation or storage be in contact with non-Halaal foods.

8. All crockery, cutlery, cooking utensils and equipment, chillers, freezers and cold rooms must be cleansed under the supervision of SANHA’s appointed official(s) if they have been used previously for preparing foods with pork or other unlawful (Haram) products.

9. Mixing of crockery, cutlery, cooking utensils and equipment for Halaal and non-Halaal foods, which may occur during preparation, collection, washing or storing must be avoided.

10. Staff should not bring non-Halaal foods and beverages onto the premises.

* It would be operationally impossible for most restaurants to mix Halal products as well as those that are not. As a result, many simply opt to go full Halaal as there is usually no objections from non-religious people or those of other religions.

Once all conditions are met, the applicant will be issued a 30 day certificate on a probational basis.

After that, future licenses are valid for 1 year and are renewable on expiry. This license can be revoked any time if there is breach of the terms and conditions.

How To Change Your SASSA Payment Method < Previous
UK49s Lunchtime Results for Today: Monday May 17, 2021 Next >
Recommended stories you may like: