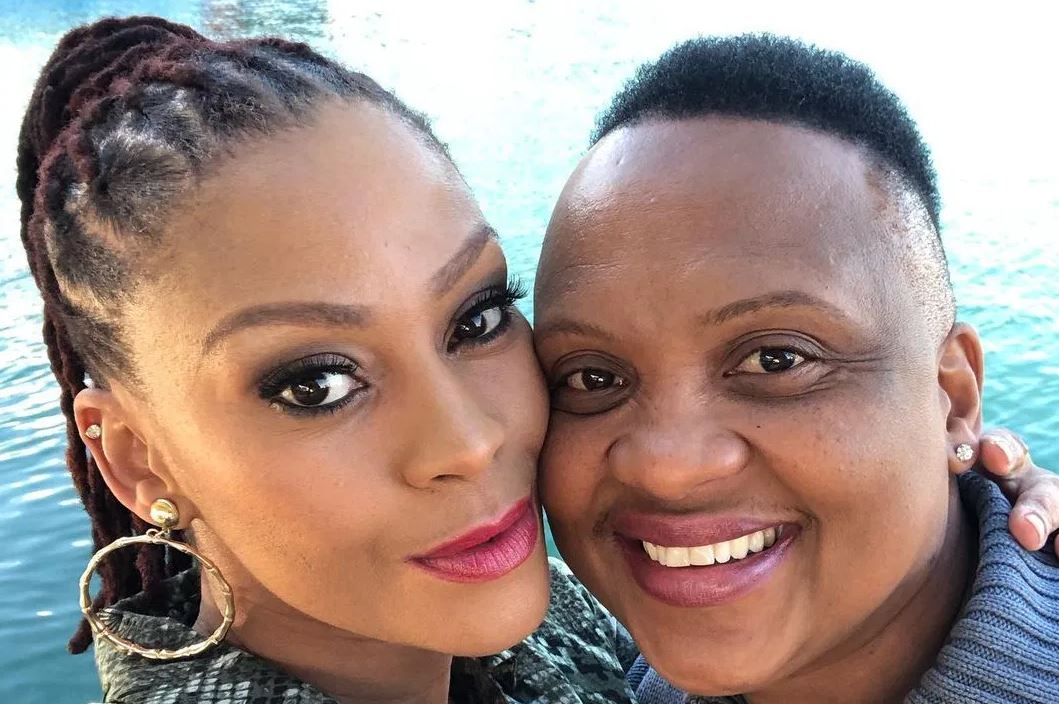 Rumors have been flying around about how businesswoman Lebo Makhene and Generations actress and singer Letoya Makhene are so broke they had to run away from a R2,000 restaurant bill.

Lebo came out to say it was fake news. In an interview with a local publication, she claimed that their bank accounts are healthy and they are always eating out.

“My wife and I wine and dine about three times a week. Now explain to me how we can be broke if we can afford to go out so much?” Lebo told the Citizen

“We can send you our bank balance and it is quite healthy.”

Although they admit they dined at Fireroom Sushi Re. They insist they paid the bill in full and even paid a R150 tip.

“Our bill came to R1,350 and we ended up paying R1,600 including a tip. Now for people to say that I left my wife behind is just lies. I am always with my wife and would never leave her behind.”

They have claimed the rumors are being spread by jealous people who don’t want to see them happy. The businesswoman also recently planned a weekend getaway for her wife because she’s never rested since their Lobola celebrations. However, her romantic gesture backfired on her because the newlyweds have never been apart since they met. As much as Latoya needed the relaxation Lebo realised how lonely she was without her wife.

“We have been so hectic in the last few months. A month into the year I could see just how fatigued she was. So this week I decided to book a weekend away for her to go and relax and meditate. So my wife and I have practically been together every day ever since the day we met, Lebo explained. Much as I was occupied with work, it’s been a very lonely weekend and I subjected myself to sleeping alone. I’m never doing this again and can’t wait for her to get home today. I hope she is well rested and rejuvenated.”

Gosloto 6/45 Morning Results for Wednesday, March 10, 2021 < Previous
2021 Durban July is Back at Greyville Racecourse Next >
Recommended stories you may like: