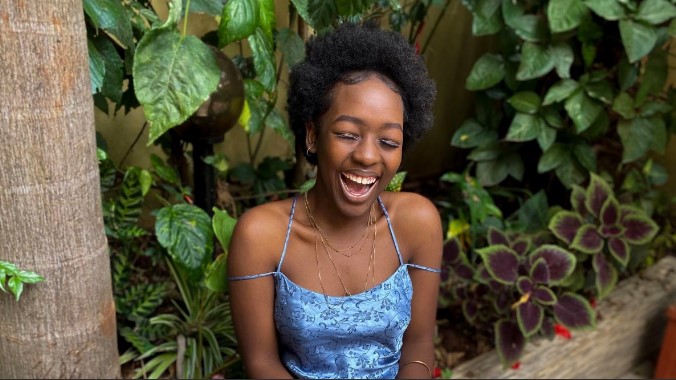 Kenyan comedian Elsa Majimbo recently touched down in SA and has been sighted hanging out with Mzansi celebs, including DJ Black Coffee and Olwethu Leshabane. The budding star took to her social media to share photos of herself hanging out with the stars.

Even though the cause of her visit is not yet known, the Fendi ambassador is in town and has already taken to her game of leaving people in stitches. Taking to her social media account, the star also shared photos of herself hanging out with local celebrities, including the world-renowned DJ Black Coffee and TV personality Olwethu Leshabane.

Majimbo rose to fame in 2020 when her videos went viral on social media. The star’s content has since been featured on Comedy Central, which means she is not new to many South African audiences.

She was even awarded ‘Entertainer Of The Year; by GQ South Africa at the Men of the Year Awards. The teenage star has many endorsement deals with big brands across South Africa and the continent.