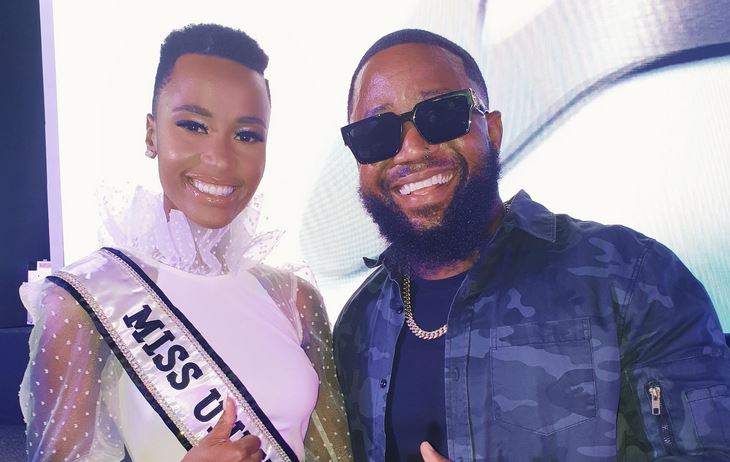 Cassper Nyovest seems to be on an emotional rollercoaster. His current love life remains a mystery, with rumors that he is dating social media influencer Thobeka Majozi.

However, that has only been reported by gossip blogs and spread on Twitter, but has never been confirmed by either party.

For several months now, Cassper has shown open interest in Miss Universe Zozibini Tunzi. He often sends her near-flirty messages on Twitter, and it was an open secret that he was shooting his shot.

This Tuesday, the two met at a Samsung event, and what transpired between them may have changed the rapper’s mind about his celebrity crush.

While responding to a fan who sent his love from KwaZulu-Natal, Cassper replied that he loves KZN and needs a Zulu wife. He is also open to practising polygamy, he said.

That was quite curious because Zozi is a proud Xhosa woman. Cassper making such a statement on the same week he met her can be interpreted as sending a message.

Only time will tell.

Read: This is What Cassper Nyovest Girlfriend Said After He Met Zozibini Tunzi

Proud Daddy Somizi Wishes His Daughter a Happy Birthday < Previous
Young Lady Gifts Herself R1 Million Mercedes and Mzansi is Jealous Next >
Recommended stories you may like: