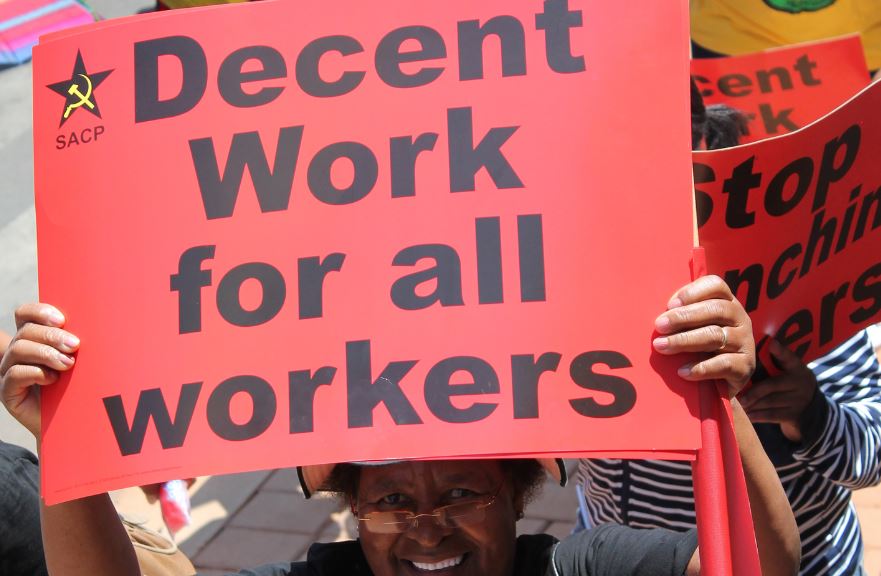 Members of the trade unions in South Africa have also been able to draw a lot of benefits.

COSATU is the largest trade union in South Africa with over 1.7 million membership and three major trade union centers. Besides, it is also affiliated to the African National Congress (ANC) which is the national ruling party and the South African Communist Party (SACP).

CCMA is an independent trade union body that has no connections to any political party in South Africa. The main aim of CCMA is to create and promote a fair working environment of South African workers. Also, it is involved in mediating disputes that arise between workers and employers. This makes CCMA more important for it promotes social justice.

CONSAWU is one of the South African’s four national trade union centers. It works in close association with the Trade Union Confederation. It was founded in 2003 and currently has closer to 290,000 members and is led by Mr. Joel Mfingwana who is the president of the union.

With 300,000 members, it is the largest affiliate of COSATU. It was founded in 1982 by Cyril Ramaphosa, to look after the welfare of black mine workers.

FEDUSA is the second-largest federation after the Congress of South African Trade Unions (COSATU). It was established on April 1997 and attained a membership of over 515,000 with Mr. Godfrey Selamatsela as its president. FEDUSA was established following the merging of the Federation of South African Labour Unions (FEDSAL) and the Federation of Organisations Representing Civil Employees (FORCE). Currently, FEDUSA has over 700, 000 members.

ICFTU is one of the trade unions in South Africa which insists on the responsibility of the state and actions between governments for sustainable development. It has aimed at promoting local trade. For instance, in 1959, ICFTU adopted a resolution to boycott South African goods when it called for an end to foreign investment in South Africa.

Other Trade Unions in South Africa

Top 8 Small Business Ideas in South Africa < Previous
Paternity Leave in South Africa.. All You Need To Know Next >
Recommended stories you may like: