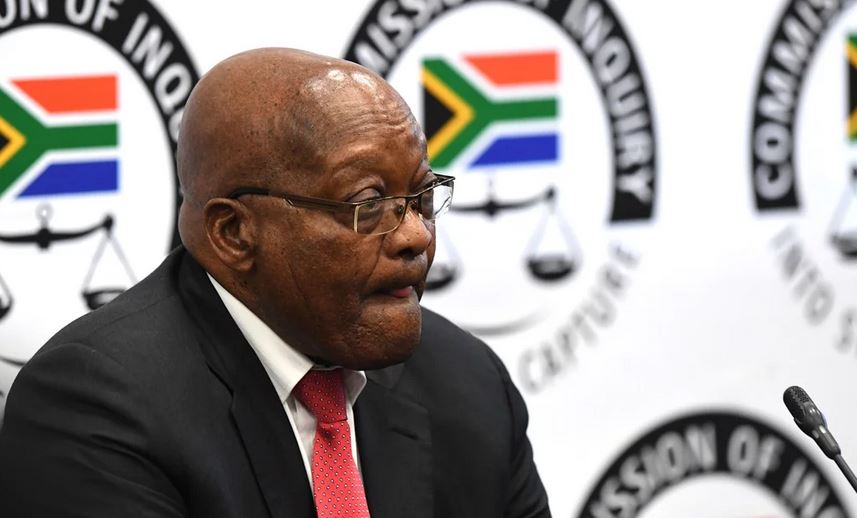 Former President Jacob Zuma has withdrawn from the commission of inquiry into state capture.

The announcement was announced by his legal team, moments after the inquiry got underway on Friday. This followed a tense conclusion on Wednesday, that has the former head of state threatening to take legal action over the commission’s conduct.

His legal team had on several occasions accused the commission of cross-examining him, despite not signing up for that.

“We’ve come to tell you that because of… reservations we’ve raised, my client has instructed me to tell you he will take no further part in these proceedings.

He added that Zuma was being treated like an accused rather than a witness.

Read: Zuma: Rupert Threatened To ‘Shut Down’ the Economy

“We see a route to go to the courts… we want to take the conduct of this commission further. I cannot come here and then be forced to lead my client to Kgosi Mampuru Prison.”

On his part, Zondo expressed disappointment at this turn of events.

“I am disappointed that yesterday, a situation allowed to happen where I went to bed without knowing how the discussions were going.

“When we adjourned I expressed confidence that both teams would find common ground, I didn’t say that without any basis. I had a basis which gave me confidence that two teams could find each other. Of course, there was no guarantee but I had confidence.”