SA’s Elite Schools Increasing Fees In 2021: Some Parents To Pay Over R300 000 Per Academic Year 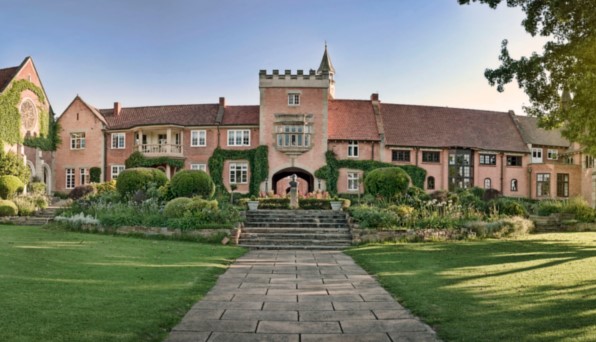 South Africa’s most expensive boarding school are increasing their fees, which are currently over R330,000 per year, with all of the top ten schools costing above R271,000. Hilton College is, once again, comfortably the most expensive school in South Africa and after a R9,660, or 3% increase, for 2021, its R331,550 annual fees are almost R20,000 per year more expensive than its nearest fee rival, Michaelhouse. This fee covers tuition and full boarding. Parents are, however, required to pay some additional expenses like a “consolidated fee” of R450 per term, and undisclosed amounts for pupils who participate in golf, rowing, or canoeing.

For the first time, there are now three South African boarding schools that cost in excess of R300,000 per year. These are Hilton College, Michaelhouse, and St Andrew’s College, Grahamstown.

In most instances, boarding schools charge a flat rate for both tuition and lodging – but in cases where schools also offer places to day pupils, Business Insider combined the two totals for Grade 12 pupils boarding on a per-term basis, and took the best case scenario of an upfront annual payment to determine the final costs.

St Andrew’s College Grahamstown and Kingswood College saw the biggest hikes. Both increased their annual fees by around 5%, around R14,550 and R12,960 per year respectively.

Kearsney College, the country’s most expensive day school, hiked its fees by about R12,430, or 4.5%. The rest of the country’s boarding schools chose somewhat more modest fee increases for 2021 – most stuck to increases around the 3% mark. Just one, Bishops Diocesan College, chose not to increase fees at all for the 2021 school year. These increases are roughly half those of 2020s – for that school year, the majority of pricey boarding schools saw it fit to increase their fees by 7%.

Although the top three most expensive schools now all cost in excess of R300,000 per year, the remaining elite boarding schools aren’t far behind. Roedean School and St John’s College are now charging above R290,000 per annum for the first time. And the remaining five schools in the top 10 cost between R271,000 and R290,000.

Like the country’s most expensive day schools, South African boarding schools have trimmed their year-on-year increases in 2021. Those that do stipulate boarding fees as separate line items in their fee schedules tend to charge between R115,000 and R125,000 per year for the ability to live and eat on campus.

By way of comparison, a private room in first tier accommodation at the University of Cape Town, with three catered meals per day, costs about R95,000. A typical undergraduate degree at the same institution costs between R60,000 and R70,000 per year, which when combined with the residence fees is in some cases is about half the cost of South Africa’s high-end boarding schools. Over 110 000 Sign Petition Against SABC’s ‘Stealth- Tax’ Plan < Previous
‘Passengers Who Disregard Mandatory Face Mask Law May Have To Pay R100 000’ – FlySafair Next >
Recommended stories you may like: