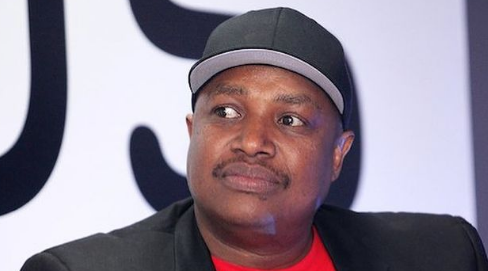 Kaya FM resident DJ and Loxion Kulca co-founder, Wandi Nzimande died on Wednesday Jan. 13, 2021, with loved ones left in total devastation. His cause of death is yet to be known. His death was announced by Gauteng-based radio station Kaya FM.

[A LEGEND HAS FALLEN] Today the Nzimande family confirmed the passing of legend, and our friend, Mzwandile Nzimande, you might know better as DJ 1D. RIP DJ 1D https://t.co/yeQOuoe0e8 pic.twitter.com/KIs8NSgD4M

“It is with great difficulty that we share the news of  Mzwandile Nzimande’s passing earlier today, as confirmed by his family,” the station announced.

The station celebrated him as a highly accomplished figure in the music industry, besides being a pioneering co-founder of an iconic streetwear brand.

“DJ 1D, as he was affectionately known, was the pioneering co-founder of the iconic streetwear brand – Loxion Kulca, a storyteller and a highly accomplished figure in the South African music scene,” Kaya FM’s acting programming manager Ncebekazi Manzi.

He is also remembered as a passionate story teller as proven in the SABC 1’s Evolution of Street Culture project.

“His passion for telling South African stories was evident in one of his recent projects —SABC 1’s Evolution of Mzansi Street Culture. He spent a decade behind the decks as Kaya FM’s resident DJ,  where many were blessed to experience his friendship and endlessly imaginative musical talent,” said Manzi.

Sechaba Mogale, Loxion Kulca’s co-founder was reachede for comment but was too shaken by the news to speak.

“I’m still processing the news and I can’t comment at this stage,” said Mogale.

Several icons in the South African music industry have come out to celebrate the life of Dj 1d.

I remember giving Wandi and Sechaba their first interview at Sunday World about their brand Loxion Kulća and we used to go to downtown jozi with the police in a bid to curb counterfeits of their brand,I am sad about this death 😢 💔 #RIPDJ1D pic.twitter.com/lxqBklM20R

Lindiwe Ndlovu’s Sister Mourns His Death < Previous
Family Man Blackmailed for R3 000 Over Nudes Next >
Recommended stories you may like: