This is remarkably high as compared to western countries namely the UK and USA. A recent UK poll revealed that only 27% of UK dwellers know their neighbors names. In the USA, a recent poll showed that only half of the Americans have this level of familiarity with their neighbors.

In the South African poll, Eastern Cape recorded the highest level of familiarity with the survey showing 96% of the dwellers know their neighbors by name. The lowest level was recorded in Gauteng at 86%. 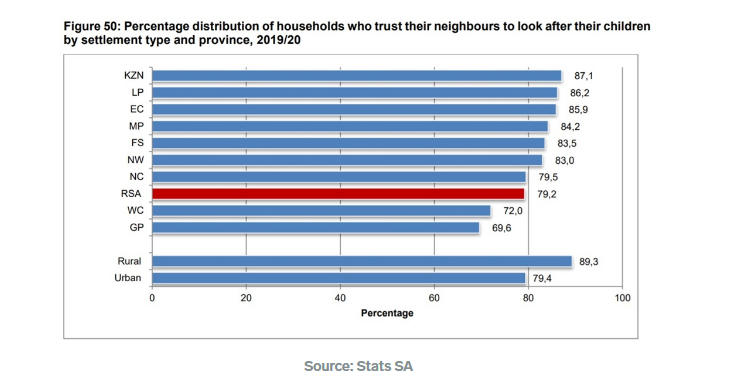 The highest proportion was recorded in KwaZulu- Natal where 87% of respondents said they would trust their neighbor to look after their child. The lowest proportions were recored in Western Cape and Gauteng at 72% and 70% respectively.

Ngcongca’s Family Complain About Mthethwa’s Silence < Previous
iPhone 12 Launch Date in South Africa Announced Next >
Recommended stories you may like:

Bonang Matheba Still Planning To Move To The States
The Latest