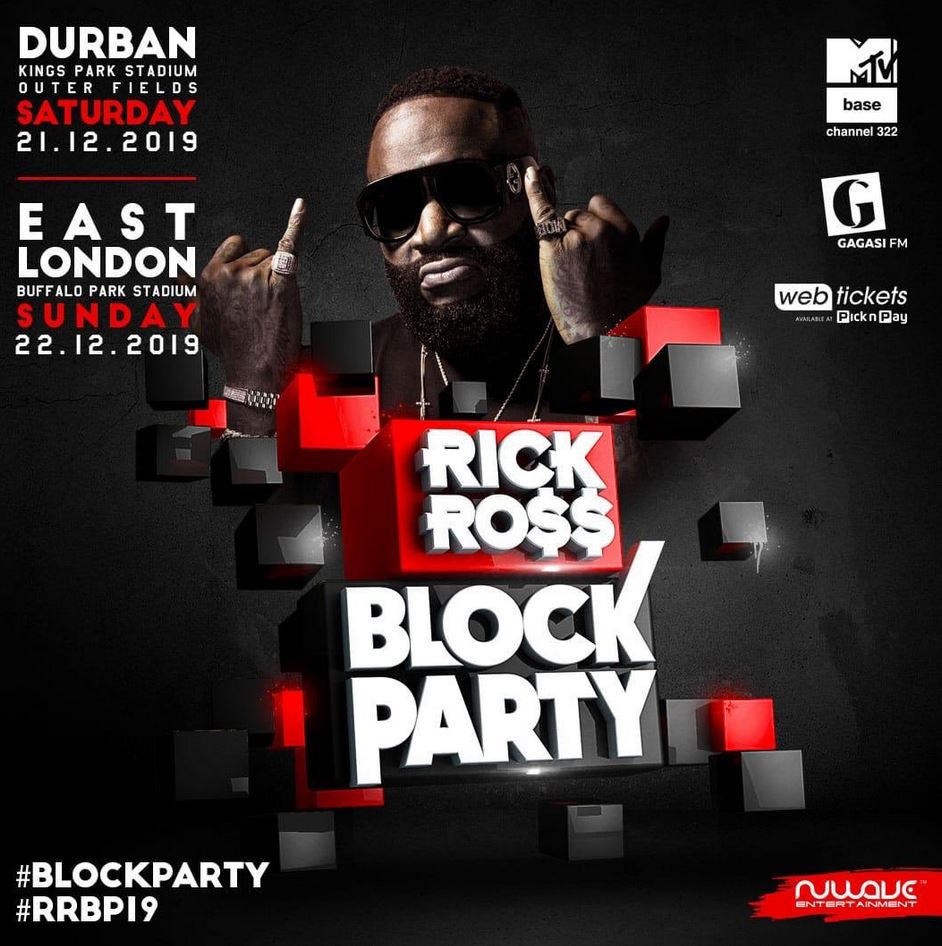 South Africans are excited after US rapper Rick Ross’ concerts were officially announced.

The rapper will headline two events as part of the festival’s two cities tour in partnership with MTV Base.

First in Durban at the Kings Park Stadium Outer Fields on 21 December, and then he will headline the East London, Buffalo Park Stadium the following day on 22 December.

Though lauched only four years ago, Block Party is usually one of the most on demand music event all year. For the last 3 years, the event was headlined by Black Coffee.

Tickets are available on webtickets.co.za from R345. They are also availabe at any Pick n Pay outlet nationwide.