POLL: 47% of South Africans Will Refuse to Take a Covid-19 Vaccine There is a growing number of South Africans who have no faith in the Coronavirus vaccine.

While the government plans to vaccinate 67% of the population (38 million citizens) before the end of 2021, they may face an even bigger challenge than procuring and distributing – acceptance.

This is despite the country doing poorly in terms of containing the spread.

The survey was conducted by Ipos for the World Economic Forum. It shows that South Africans do not entirely trust the effectiveness and safety of the vaccines that have so far been developed.

To make matters worse, the latest figure is a decrease from an earlier survey in October, where 68% were willing to take the jab.

South Africa’s numbers are below the global average of 65% who said they are willing to take the vaccine. 15 countries were polled, and the only two countries fairing worse than South Africa are Russia where only 43% say they will take it, and France where the number is 40%.

26% of South Africa’s respondents are ‘strongly opposed’ to taking the jab, while an almost similar number (25%) want to take it as soon as possible. 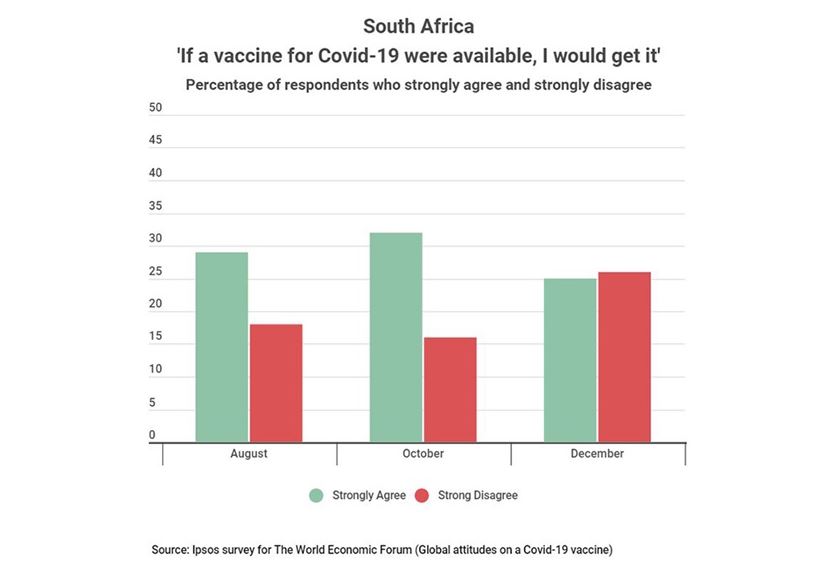 Among those who said they would refuse the jab, 65% cited concern surrounding the treatment’s potential side effects.

This was also the most cited reason globally, and the number might only go up owing to the increasing number of conspiracy theories and the growing anti-vaxx movement.

Other reasons cited are a general opposition to vaccines, and fear that these particular ones will not be as effective as advertised. 17% of respondents felt they are not at a big enough risk of suffering a serious case of Covid to warrant taking the vaccine. 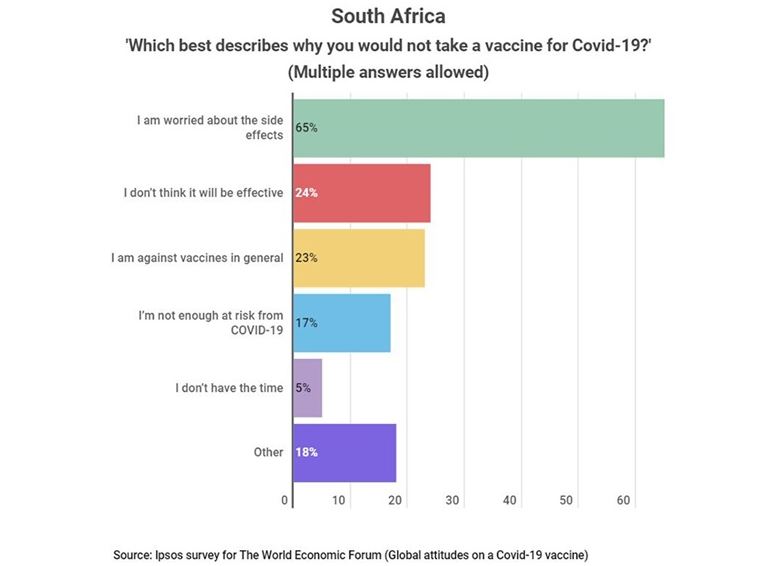 Generations: The Legacy Actress Letoya Makhene Unwell And Was Hospitalised < Previous
Zodwa Wabantu Loses Aunt To Covid Next >
Recommended stories you may like: