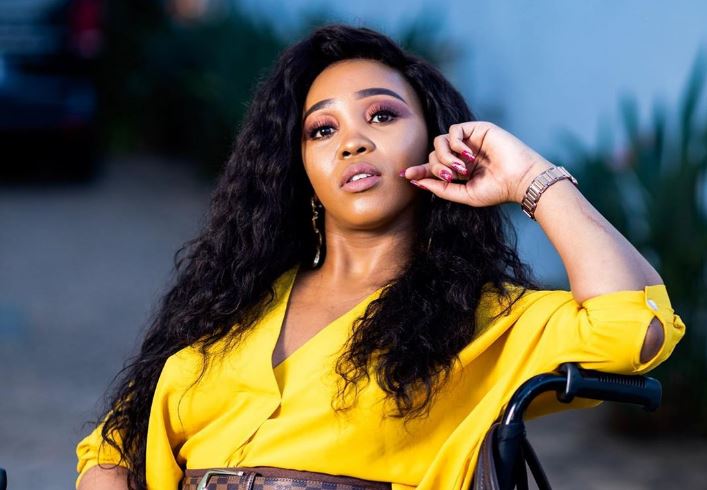 Fitness fanatic and social media influencer Sbahle Mpisane has finally opened up on the circumstances that led to her breaking up with Kaizer Chiefs goalkeeper Itumeleng Khune.

The two made one of the hottest couple in Mzansi some time back, but in December 2018, they announced their split. This was shortly after a car crash that left Sbahle in ICU fighting for her life.

While she recovered enough to go home, she suffered partial amnesia, including forgetting the events leading up to the accident.

Speaking on her family’s reality show this week, Sbahle said that this accident was a major contributing factor to their break up soon after.

She revealed that although Khune was very supportive during that difficult period, he could not be there in the way Sbahle wanted owing to distance.

“He stays in Joburg, I stay in Durban. I need someone to give me a hug and kiss me … I felt like, with everything that was going to lead to us breaking up, I needed more of him, but he was not available to be there for me. So it was the best time to say bye.”

Read: Sbahle Mpisane: This is the Special Meaning Behind My Tattoo

She saw this as the best time to let her boyfriend go.

“He is dating someone else. I bid him farewell in December (2018) and told him that, so he could move on peacefully. I don’t have any issues with him. Me and him didn’t fight over it. We said goodbye.

“He was fully supportive, he called me every day I was in hospital. Then, clearly because of my amnesia, I couldn’t fully remember why I fell in love with him, but he was there for me.”

The two are in good terms however. Sbahle said that she even sent him a text when she heard he had a new girlfriend.

This was Mohale’s Valentine’s Surprise for Hubby Somizi < Previous
Zola Nombona Reveals She is Pregnant Next >
Recommended stories you may like: