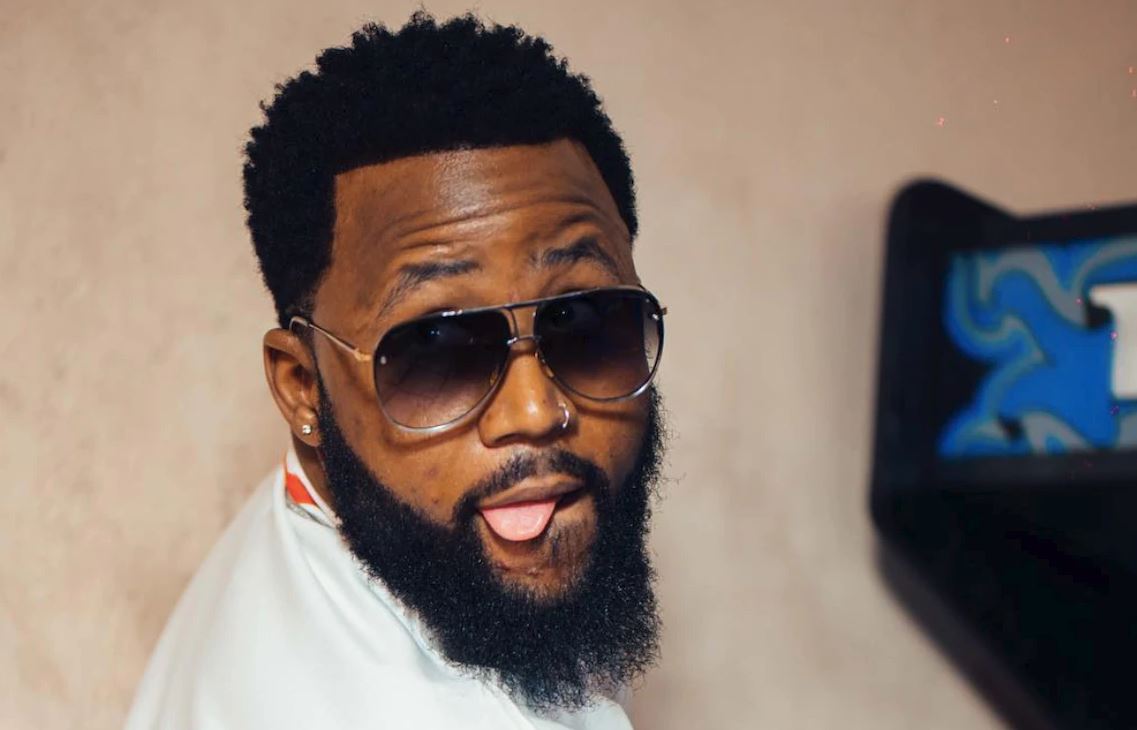 Rapper Cassper Nyovest has spoken out, kinda, to rumours that he is having a gay relationship with TV presenter Somizi Mhlongo.

Trolls had started spreading supposed screenshots of Whatsapp messages between Cassper and the openly gay Somizi.

In this particular screenshot, Somizi is seen texting to someone saved as Cassper Mufasa, in a flirting way. He even sends a photo of himself in a bathtub full of roses.

Cassper supposedly texts that he can’t wait to have him back. 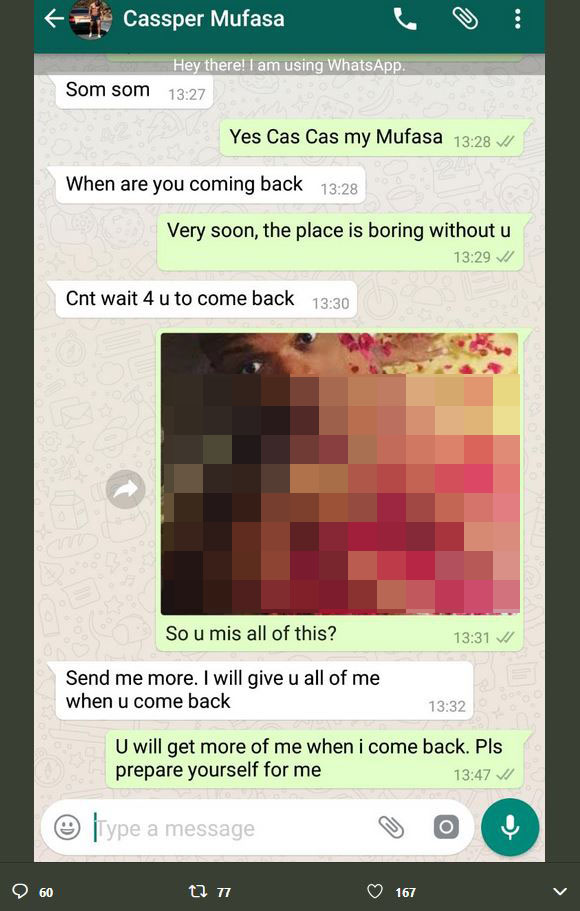 With the ease today of generating fake Whatsapp messages, Cassper could not help himself but reply sarcastically.

”Damn! My Secret is out now,” he tweeted. 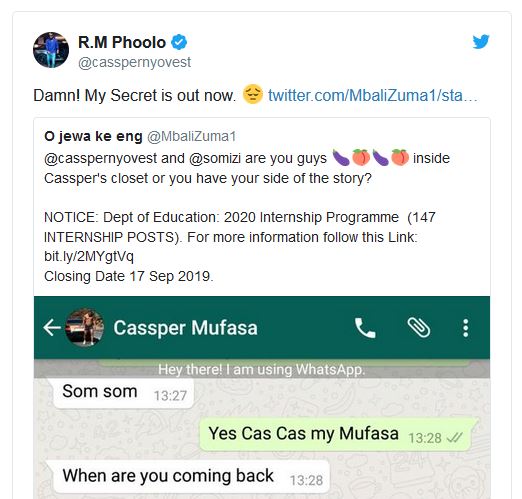 He then went on to reply to another fan, ”Crazy thing is people actaully believe this shit. Wtf ? Lmao… I’m having a great time with this.”

Crazy thing is people actaully believe this shit. Wtf ? Lmao… I’m having a great time with this.

Cassper Nyovest ‘Inspired’ by Trevor Noah’s Ranking Among Highest Paid Comedians < Previous
Somizi and Mohale in Italy for Summer Holiday Next >
Recommended stories you may like: